Can SmartCentres Place Be The Next Downtown TORONTO?

When you think about Vaughan, “Downtown” isn’t exactly the first thing that comes to mind.

Personally, as someone currently living downtown and also someone who doesn’t visit Vaughan frequently, I think of a few things.

Yes, those are 3 fantastic things.

But now that I’ve taken a look at the plans that SmartCentres Place has in motion, I can see my perception of Vaughan shifting in a way I would never have thought.

This is due to the “Masterplanned Community” currently being developed called Vaughan Metropolitan Center. VMC for short.

Of course when I talk about it potentially being the “next Downtown”, I don’t mean it can or will catch up or overtake Toronto’s status as a world-class city.

However, there are things happening at VMC that are massive steps in the right direction.

Things like becoming an enticing place for large companies to open up (they already have a long list) to create jobs that will fuel things happening on the commercial and entertainment fronts.

Pair this with the addition of an insanely gorgeous and expansive central park that looks like it’s straight out of the Wizard of Oz, a brand new outdoor amphitheatre for concerts and cultural events, tons of shops & cafes, all situated on a crossroads of the GTA’s major highways and public transit.

I think we have the makings of an extremely livable “Downtown core”.

This short video gives you some insight from the minds behind the VMC, and dives a little deeper into the Masterplan they are rolling out.

Menkes is launching Mobilio. If you know Menkes or have seen some of their projects, it will be no surprise at how stunning Mobilio looks. They’ve incorporated two mid-rise towers bridged together that overlooks a green community filled with townhomes. This screams family and student life when you see it.

Centrecourt has been developing a 5 phase project, conveniently called Transit City. Being that they’re also developing VMC itself, Transit City 1-4 have been flying off the shelves with their prime locations.

With TC5 set to launch any day now, if you’re looking to have a chance at getting into this community, give us a call and we’d be happy to use our connections to get you in.

While this is nowhere near the scale of Downtown Toronto, it’s an exciting new piece to the expanding GTA.

Outdoor venues, massive green spaces amid high rises, a bustling commercial district and a lively entertainment district are all enticing things to consider with Downtown pricing continuing its upward trend.

If anything, it provides a possible cost-friendly alternative to those looking for that Toronto lifestyle.

What do you think? Would you consider moving to Vaughan for this community? 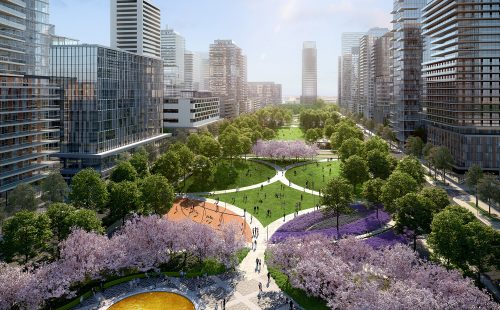 Can SmartCentres Place Be The Next Downtown TORONTO? 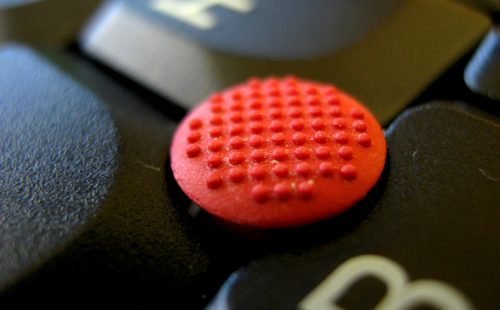 Not another boring real estate blog

The information contained in this website is for general information purposes only. The information about new developments has been provided to us by developers, and whilst we endeavour to keep the information up-to-date and correct, we make no representations or warranties of any kind, express or implied, about the completeness, accuracy, reliability, suitability or availability with respect to the website or the information, products, services, or related graphics contained on the website for any purpose. Any reliance you place on such information is therefore strictly at your own risk. Sotheby’s International Realty Canada is Independently Owned And Operated. Sotheby’s International Realty® is a registered trademark. E.&O.E.: This information is from sources which we deem reliable, but must be verified by prospective purchasers and may be subject to change or withdrawal.

Schedule a call back

Be the first to see new exclusive videos for free.